A double bed, a girl in a bikini, a big heap of people all wearing kilts, a piano, a Model T Ford, a plough, a beer barrel, another Model T Ford are among the many weird and wonderful stunts that over the years have made it to the top of Ben Nevis. 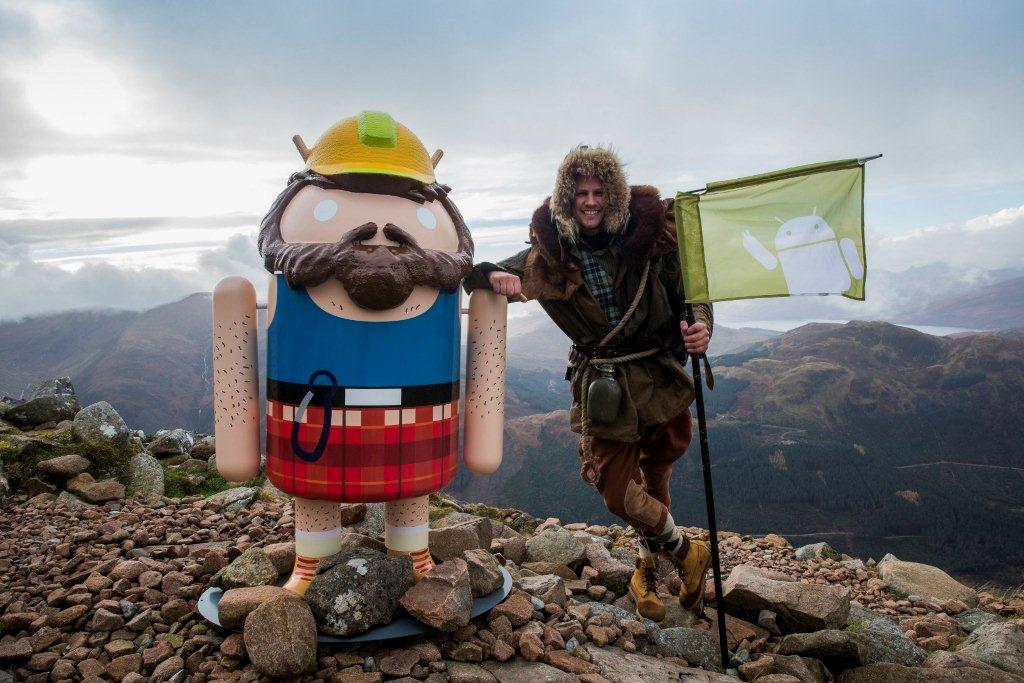 giving users the opportunity to personalise the usual android character. 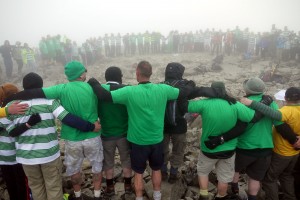 The Celtic huddle is an annual event on Ben Nevis run by Celtic Football Club Foundation,

a charity that helps disadvantaged people in the East End of Glasgow. 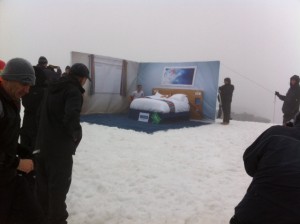 In 2013 a crowd from Travelodge took their quest to provide customer comfort to new heights. 1344 metres of height to be exact.

A team of 36 constructed a Travelodge room on the summit complete with a double bed, raising funds for  Macmillan Cancer Support.

If you are planning an unusual event on Ben Nevis do let us know so we can include you on this page.

We use our own and third party cookies. If you continue browsing we consider you accept the use of cookies.
Accept