A large part of the work that Helen and I will be doing over the course of our project is to improve how our collection is stored. Not only does this mean moving around shelving to create more space, but it will also involve creating boxes, mounts and supports for some of our more fragile items. Some of the most vulnerable items within our basketry and straw-work collection are three pack saddle pads, also known as plàds or flakkies, which were used underneath pack saddles to protect the back of the horse. 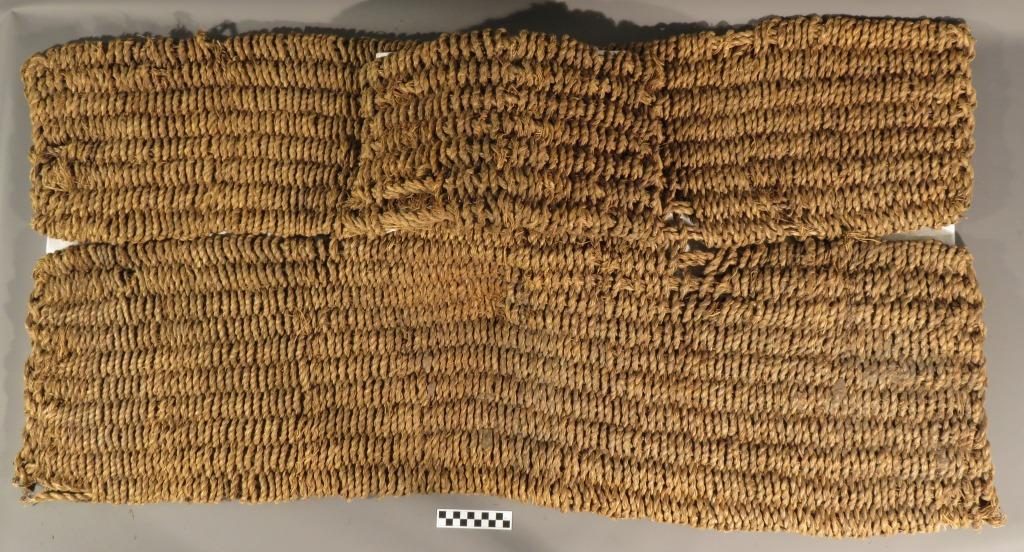 Pack saddle pads are made from bent grass, also known as marram grass, which was commonly used for making baskets and other items in more windswept areas of Scotland, where trees and other plants struggle to grow. The grass is twisted and then woven in a warp and weft style to create a dense mat. 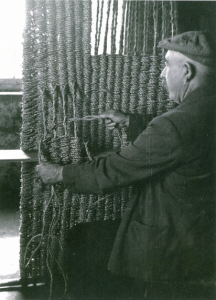 Slits to the sides of the pad would allow a girth to be secured around the pony and an additional rectangle to one edge would protect the pony’s neck from the saddle, as well as preventing the saddle from slipping forward when descending a slope. Hanging down the sides of the pony, the pad would protect from the heavy creels hooked to the pack saddle, which would often contain loads such as seaweed, peat or crops. 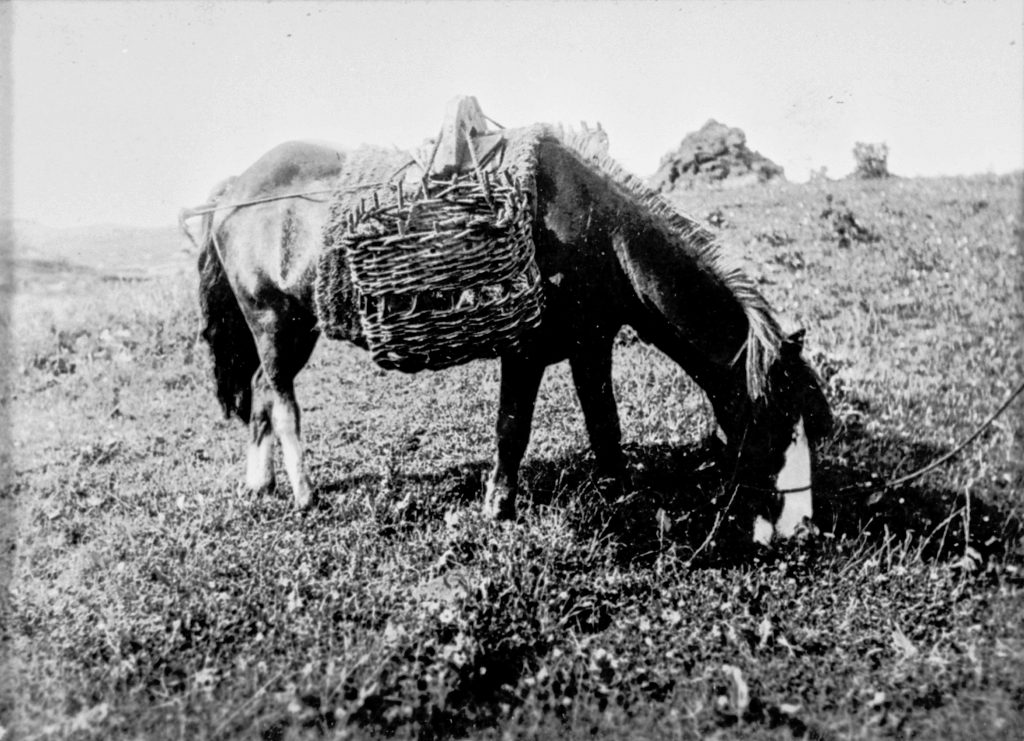 The Highland Folk Museum have three of these pads in their collection, and previously the two largest pads have been stored folded due to space restrictions. This isn’t ideal as the plant fibres have become brittle with age and the fibres shed when flexed or moved. Being folded also means that the pads have to be unfolded to be viewed properly, leading to tension on the fragile material. We decided that a custom box should be made for each pad to allow them to be more easily moved and viewed and decrease the need to handle the pads themselves.

To create custom storage solutions each pad was measured and a box was constructed using Correx, an inert corrugated plastic sheet which is sturdy and yet easy to cut with a Stanley knife. Unfortunately our largest pad which is just under a metre wide is too big to fit on to our shelves and so has to be stored folded once in half. A conservation grade pillow was created using Tyvek, a soft inert fabric and stuffed with polyester wadding to support the pad and create a more gentle crease. A smaller pillow was created in the same way to prevent the additional rectangular section from rubbing against the main body of the pad, and a roll of inert foam called Plastazote was created to support the natural arch of the pad. 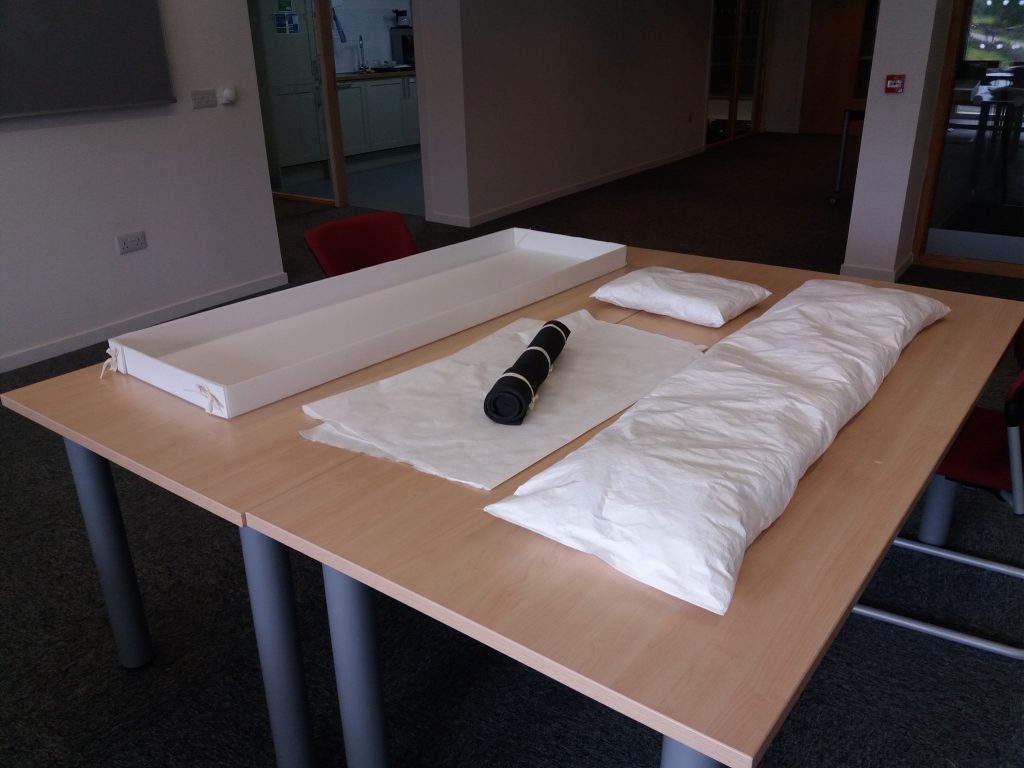 The second largest of our saddle pads is woven in a slightly different way, with the warps made from a twisted rough plant fibre thought to be sisal and the weft from twisted marram grass. This pad is in very poor condition with many of the bent grass wefts broken and splitting. When it was initially bought in to the lab for re-storage it was folded badly, causing more tension onto the already fragile fibres. The pad was carefully flattened, and once again a custom Correx box was created to house the pad. This time struts with the grain of the Correx going in the opposite direction to the body of the tray were added to improve the box’s rigidity. 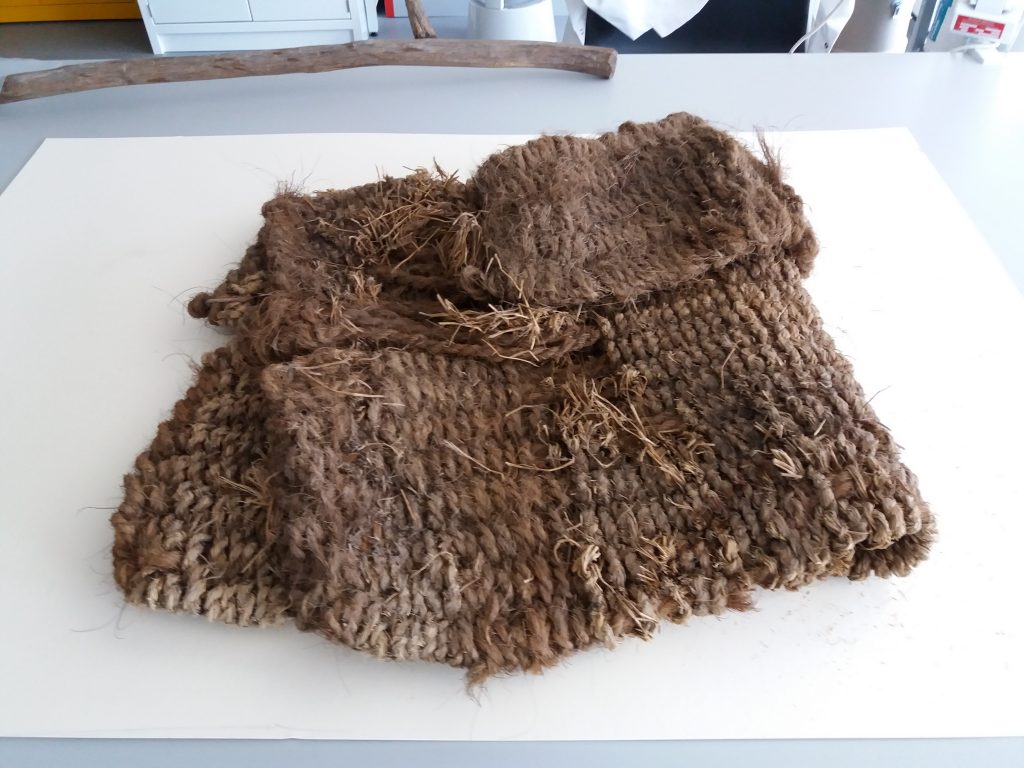 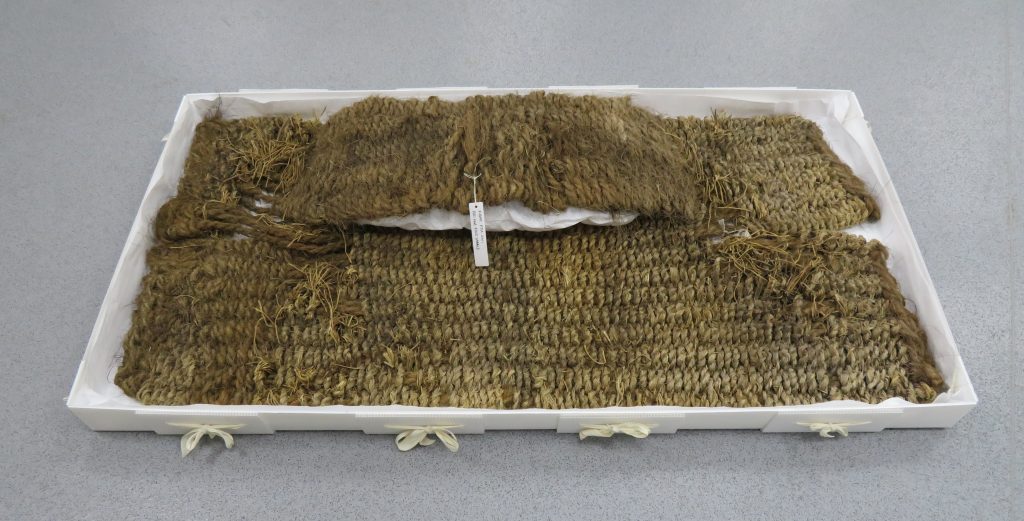 Our final pad is a little different to the first two as it is smaller, at roughly 50cm square and was bought from the Rev J. Laing on South Uist in 1937. The woven plant fibre is a continuous plait of twisted marram grass which has been stitched to a canvas backing. This backing has been treated with a coating which we believe is to give it waterproof properties. One edge of the pad is slightly raised to fit the curve of the pony’s neck and we believe it would have been used straw side down. As it is smaller it wouldn’t protect the pony’s sides as well as the other pads would, so it is thought that it is potentially for lighter loads or for use under a harness rather than a pack saddle. A custom Correx box was created, and two mounds were carved from Plastazote to give support to the raised areas. 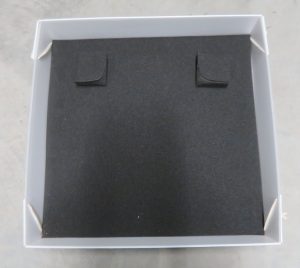 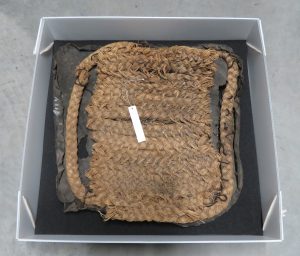 Once all of the boxes were finished the final task was to line the shelves holding our pack saddle collection with an inert foam and our re-storage work is complete! 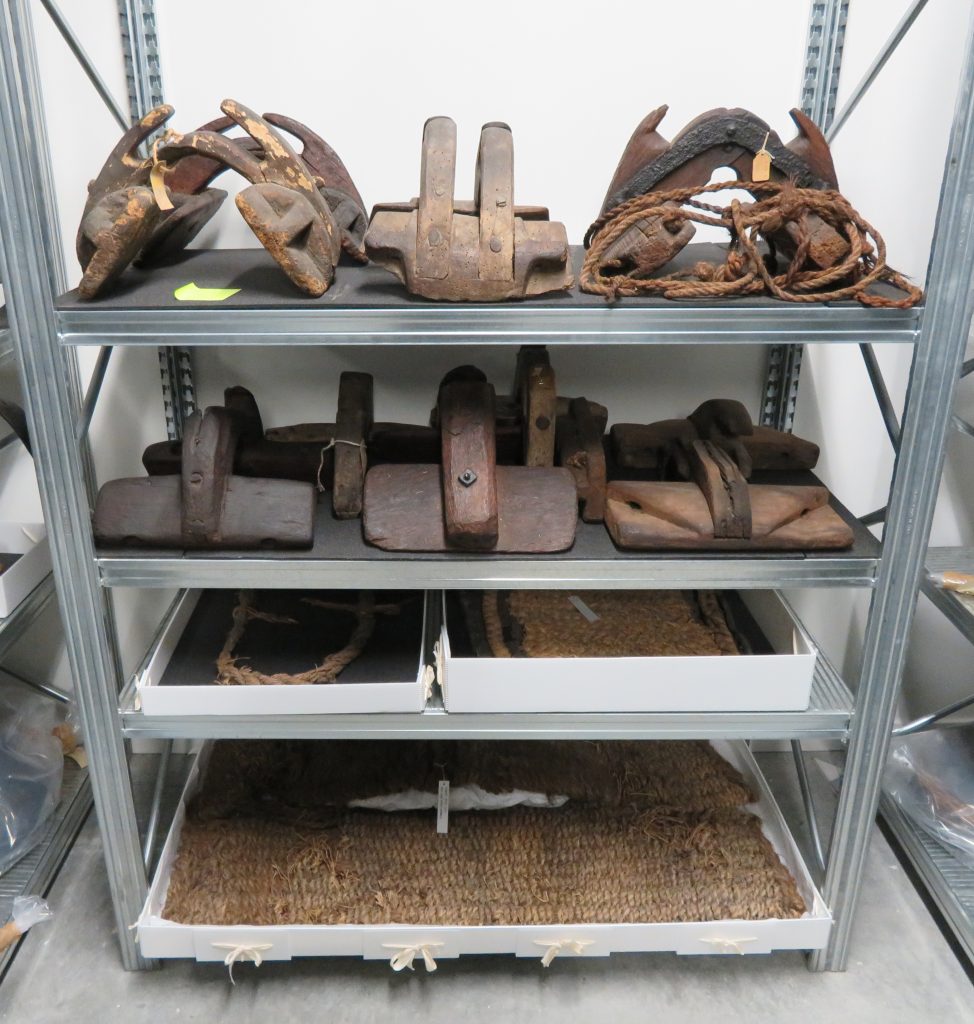