This group exhibition features work from three collaborative duos: Thomson & Craighead, Alexander & Susan Maris, Cat Meighan and Clive Brandon. Trace Ingredients tracks the shifting demographic of the Highlands through the medium of food, revealing unexplored narratives to illustrate the interweaving, international cultures of the place. This project has been kindly supported by Creative Scotland. 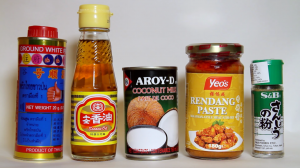 The exhibition features Saffron, a new film developed by artists Jon Thomson & Alison Craighead. Saffron, is a portrait of Kasia Pogo who runs the oriental food shop in Inverness’ Victorian Market, where she sells a dizzying array of specialist foods from the four corners of the world to her customers visiting the shop from all over the Scottish Highlands and Islands. Kasia is the bridge between a network of global trade and a diverse clientele making their pilgrimages to her shop -whether they are recent immigrants to the region in search of comfort foods from home, or Scottish born and bred food explorers of world cuisines.

In this short film the artists will explore in more detail just who comes to the shop and why in a bid to reveal an intersectional map of sorts that represents something of the region’s often hidden diversity.  Part portrait of Kasia herself, and part landscape and map of her clientele, this documentary artwork will seek to offer a unique view of the highland region where foods from all over the world become touchstones between covalent cultures thriving and surviving in the Scottish Highlands.

Alexander & Susan Maris used to refer to Rannoch Moor as their studio, but in truth the Moor has always been their Solaris – a primeval life-form of infinite complexity; an organism capable of conjuring ghosts from the past and daemons from the future: 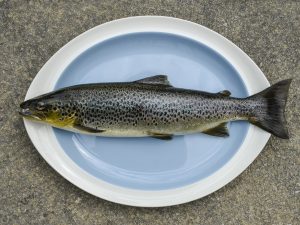 “Not long after our arrival in this desolate landscape, we became haunted by the image of a gaunt man, in a fishing vest and hat, who led us to the pool where he had placed an ‘offering’ of gelatine. For several years, Joseph Beuys’ transubstantiation of Rannoch Moor provided us with an unfashionable distraction from the ‘urbanality’ of the 90’s, Thereafter, Brown Trout and Heather Tea became the homeopathic Eucharist through which we communed with our mentor.”

In the past the Marises have collected water from each of the 21 named rivers on Rannoch Moor and using heather gathered from the surrounding moor they have prepared and consumed a series of kettles of heather tea. Each kettle has been used just once and is engraved with the name of the corresponding river; several of these kettles will be on show in Trace Ingredients.

The exhibition will also feature a series of photographs of Rannoch brown trout, displayed on crockery which references Beuys’ first supper in Scotland – taken at the Howgate Inn, Penicuik, on the 6th of May 1970. 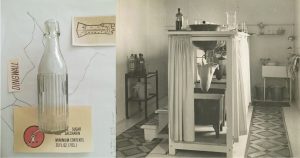 Instead of concentrating on obvious and traditional Highland foods, Clive A Brandon and Cat Meighan began to focus on the search for the traces of lost food industries, triggered by a chance finding of a lemonade bottle. Products and providers that even half a century ago were prevalent but since then have seen a gradual, or in some cases, total decline. One such example of this was the proliferation of aerated water companies and lemonade producers throughout the inner Moray Firth area. In exploring the historical contexts of these places (and the journey to find them) and their physical remains, the influence of lost spaces and remnants built up a picture and a catalyst for work. Their new installation will feature prints, paintings, spatial installations/constructions and guide book featuring hand drawn maps, photos and text of lemonade producing sites and their journeys to them.