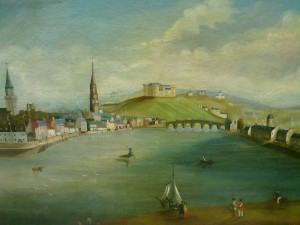 The museum galleries explore the fascinating history of the Highlands and its people. Follow the museum’s timeline to discover how the unique highland landscape was formed. Find out about the Picts and their beautiful carved stones, the world wide links of medieval Inverness and the importance of Gaelic language and culture. In the upstairs galleries the story continues with the Stuarts and Bonnie Prince Charlie, music, the stunning Inverness silver collection and ends with the modern city of Inverness.

There are lots of things to do – feel the weight of the Achavrail bronze armlet, play Merells or Hnefetafl,  learn how to say some Gaelic words and phrases or wrap yourself up in an 18th century style highland kilt.  The Highland Photographic Archive held within the museum is responsible for preserving and cataloguing negatives and photographs from all over the Highlands and to then make them accessible to all. The archive is now home to well over 100,000 negatives and prints which relate to most areas of the highlands but the majority are from Inverness and the surrounding area.

We have a vibrant Art Gallery with a programme of temporary touring exhibitions of local, national and international art and craft. There is also a Community Gallery for local groups to show their exhibitions. The museum has shop and a café for you to relax in.

The History of Inverness Museum and Art Gallery

Inverness Museum started life as part of the ‘Northern Institution for the Promotion of Science and Literature’ in 1825, its first premises were in Inglis street, Inverness. The founder 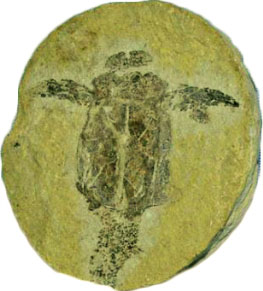 was a young Inverness solicitor called George Anderson. Early contribution to the collections include – A pair of Bishops gloves found in a Crypt at Fortrose and a Medallion of Prince Charles for 1745, as well as the more unusual including the skin of a Boa Constrictor 24 feet long. In 1835, Hugh Miller, writer and geologist from Cromarty presented – “a beautiful and extensive collection of rocks, minerals and fossils from the neighbourhood of Cromarty”.

The Institution held its final meeting in 1835. Over the next 40 years, the museum collections moved, firstly to the Inverness Royal Academy and then the Town Hall.

In 1876 The Inverness Scientific Society and Field Club took responsibility for the surviving museum collections. The collections were by this time in a rather sad state, and were in need of a permanent home. Land in Castle Wynd was donated by the Town Council and money was raised by public subscription for a new building. Contributors included Joseph Mitchell of Highland Railway fame and Queen Victoria. Local architect, Alexander Ross, was commissioned to design the building which was completed in 1881.

The ‘Inverness Fine Arts Exhibition’ opened in the October of that year, it was so popular that it remained open until December, having 7000 visitors. The building was opened on a permanent basis in 1882.

In 1905, the museum hosted a Highland & Jacobite Exhibition, almost 1500 items were lent by families from all over Scotland.  Interestingly the list includes – Isabella Frasers Tartan Wedding Dress & Plaid- on display in the upper gallery at the museum today!

Thomas Wallace became curator In 1907, he was appointed to run the museum, as a Highland and Jacobite collection. 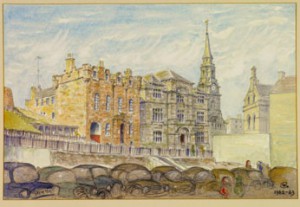 The Castle Wynd /Bridge Street area, was cleared for re-development in 1963 and the current complex was built. Between the 1963 and the present day there have been a two major redevelopments to improve the museum, the first  in the 1982 to incorporate a café, new permanent galleries and temporary exhibition/art galleries, and more recently in 2007to coincide with the Year of Highland Culture.