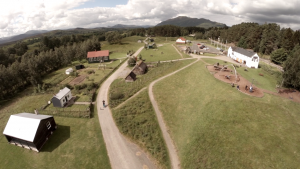 At the Highland Folk Museum, we care for collections of local, national and international importance, preserving them, interpreting them and making them accessible to as many people as possible. 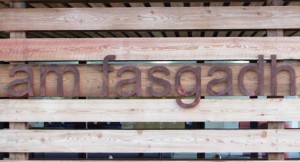 The collections at the Highland Folk Museum mainly reflect the social and rural way of life of the Scottish Highlands from the 1700s up to the mid 1900s. The majority of the c10,000 items were collected by Dr Isabel F Grant, the Museum Founder, in the early 1900s with subsequent acquisitions to the collection under the ownership of the Scottish Universities (1954-1974) and the Highland Council (1974 to present day) This is one of the strongest elements in the collections, especially with regard to subsistence farming and small-scale agriculture. In all, it amounts to several thousand items. Recent acquisitions concentrate on the introduction of mechanized farming, with examples of horse-powered machinery and implements being collected.

This is the most important collection, of international importance and numbering some two thousand objects. The collections range from cooking material through heating, lighting and laundry to a major holding of traditional house fittings and furniture.

Most of the traditional crafts such as mason, joiner, shoemaker, wheelwright and smith are covered in this collection. There are also smaller collections relating to shops and markets. It encompasses traditional industries such as textiles, forestry and fishing.

Thatching with materials other than reed is listed as an Endangered craft in the Highlands and Islands and we are working with other organisations to maintain these skills and develop training opportunities in this field. Click here to see films on thatching, which include the Museum, on Historic Environment Scotland’s website.

The Museum is actively collecting buildings representative of different aspects of Highland vernacular architecture. These are mainly ones in danger of being lost through demolition. As artefacts in their own right they include a smoke house, school, church, clockmaker’s workshop, croft house, post office, railway halt and joiner’s shop.

The Museum has a small but nationally significant collection of material made by cairds, or travelling people, including silver, jewellery and horn work.

The ceramic collection was largely collected in terms of use in domestic contexts. The exception is that the Barvas ware in the collection is of national importance.

The Museum has a very significant collection of Highland flat textiles including tartan pieces and traditional hand woven blankets. It has some important examples of locally produced linen.

The costume collection includes much fashionable female costume from the early 19th century to the Edwardian period including fine examples of the use of tartan in the 19th century Highland society. 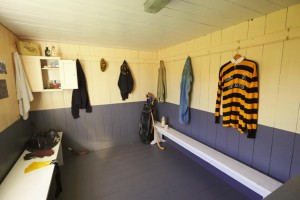 In the area of sport, the strongest collection is that of curling stones.

The Museum is also a repository for shinty artefacts and memorabilia, designated by the Camanachd Association. There is a small collection of golf clubs and other late 19th century artefacts relating to the game in the Highlands.

The museum has a collection of material relating to game shooting including some important sporting guns.

Much of the archive material relates to the history of the Museum, including the private papers of the founder, I F Grant. There is a small collection of trade journals, tradesmen’s daybooks and papers belonging to local societies.

The Museum has a small collection of photographs as well as postcards relating to the early 20th century Highlands. 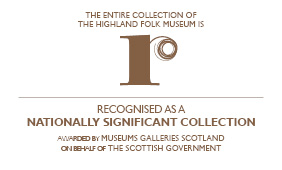 In 2015 the Museum was awarded Recognised status in respect of the Entire Holdings. Owned and funded by the Scottish Government, the Recognition Scheme formally recognises and invests in outstanding and irreplaceable collections of national significance in non-national museums and galleries in Scotland.

We look forward to welcoming you to the Museum.