For those readers who aren’t familiar with the sport of shinty, I’ll offer an introduction. I’ve previously heard it described as “a violent form of hockey”, “hockey meets lacrosse” or my favourite description that I overheard from a visitor here at the Highland Folk Museum: “it’s basically like a cross between hockey and football, but they’re allowed to smack each other in the face”. Rest assured that that is not actually allowed in the rules, but there’s no doubt it’s a fast paced, action packed team game, which sometimes does result in injuries. Players are exceptionally skilful and courageous, and, to cope with this physically demanding game, they must be extremely fit. 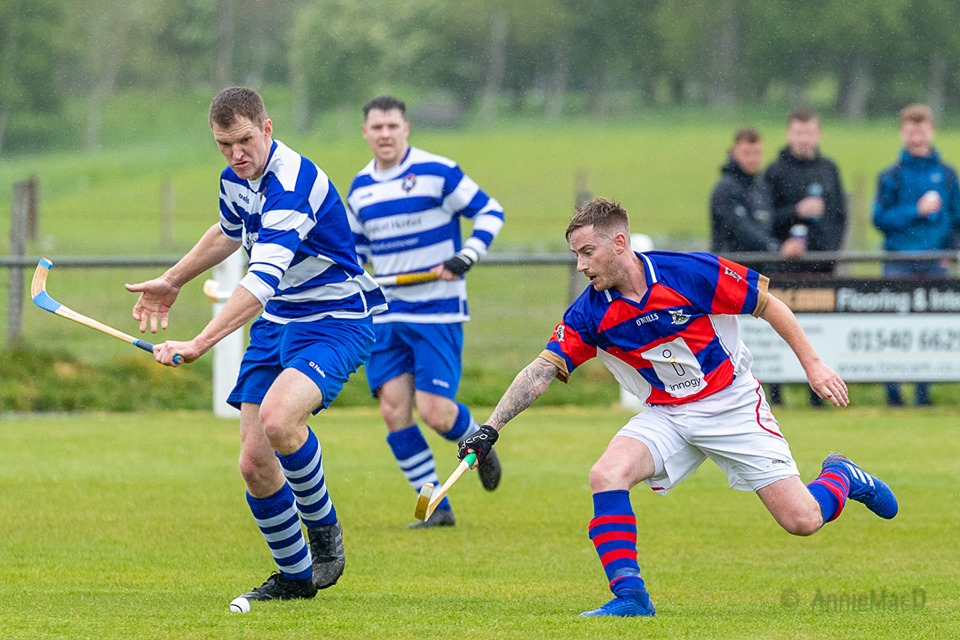 Modern shinty teams are made up of 12 players, including the goalkeeper, and the aim is to score goals. Players use a stick known as a caman – a wooden stick with a curved end – to strike a small leather ball.  Unlike in hockey, sticks can be swung above shoulder height, and both sides of the stick can be used to hit the ball. Head protection is now mandatory for under 17s, and commonly worn by senior players too. 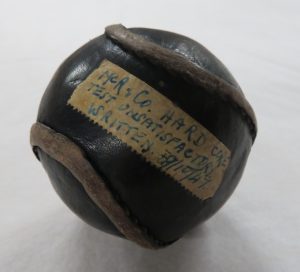 One of the balls in the collection. Reject leather ball from 1947 “hard core test unsatisfactory”. Image copyright: Highland Folk Museum

It is believed that the game originated in Ireland, and was brought across the sea to Scotland around 2000 years ago, along with Christianity and the Gaelic language. The games developed differently in the two countries – in Ireland this became hurling, and in Scotland the game became camanachd (pronounced cam-an-ach), or shinty. Although threatened at certain times throughout the centuries, the game has survived and is now thriving as Scotland’s oldest national sport. 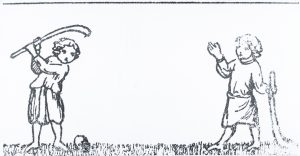 It is still an amateur game, with players giving their time and enthusiasm to travel considerable distances across the Highlands and further south to compete in various leagues and cup competitions. Shinty has an international reach and has spread to far flung corners of the world including parts of Canada, America, and Russia.

Women’s shinty is rapidly increasing in popularity with both players and spectators. Shinty is commonly taught in schools in the Highlands, giving the opportunity for girls to rise up through the ranks to play at junior and senior competitions. The establishment of the Women’s Camanachd Association in 2001 helped to formalise and support the sport. 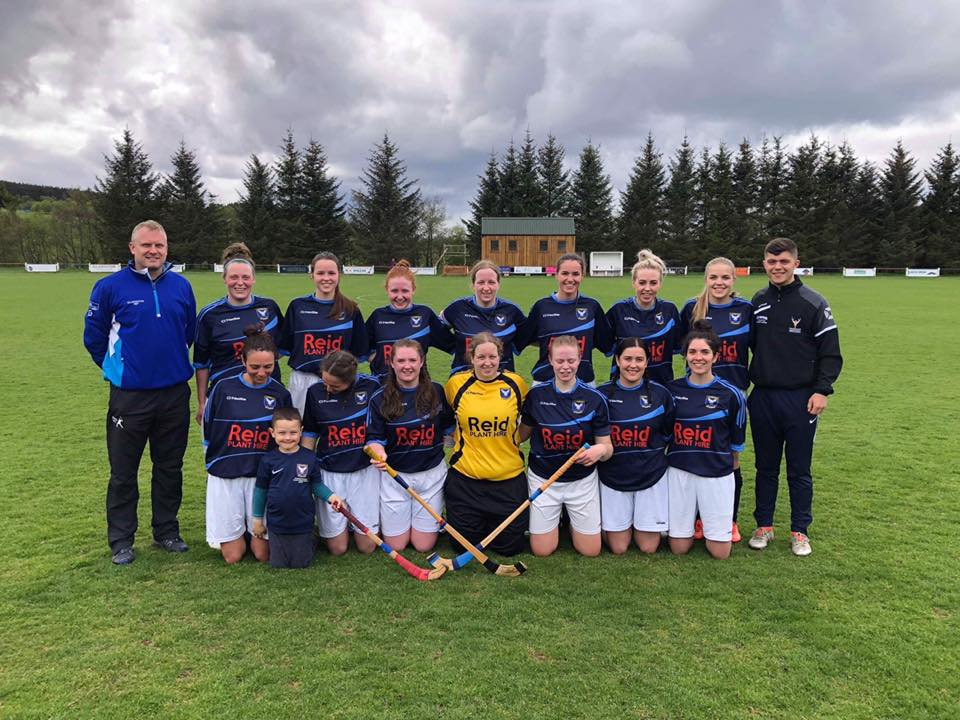 The Badenoch Ladies Shinty Team, one of a growing number of women’s teams across Scotland

Shinty is knitted into the communities of Badenoch, which is the area of the Highlands that stretches from Laggan to Kincraig, and incorporates the villages (and historic rivalry) of Newtonmore and Kingussie. The Camanachd Association, the governing body for the sport, was constituted in Kingussie in 1893, and the Badenoch area is renowned for its long-standing link to the sport and a passion that continues in full force to this very day. 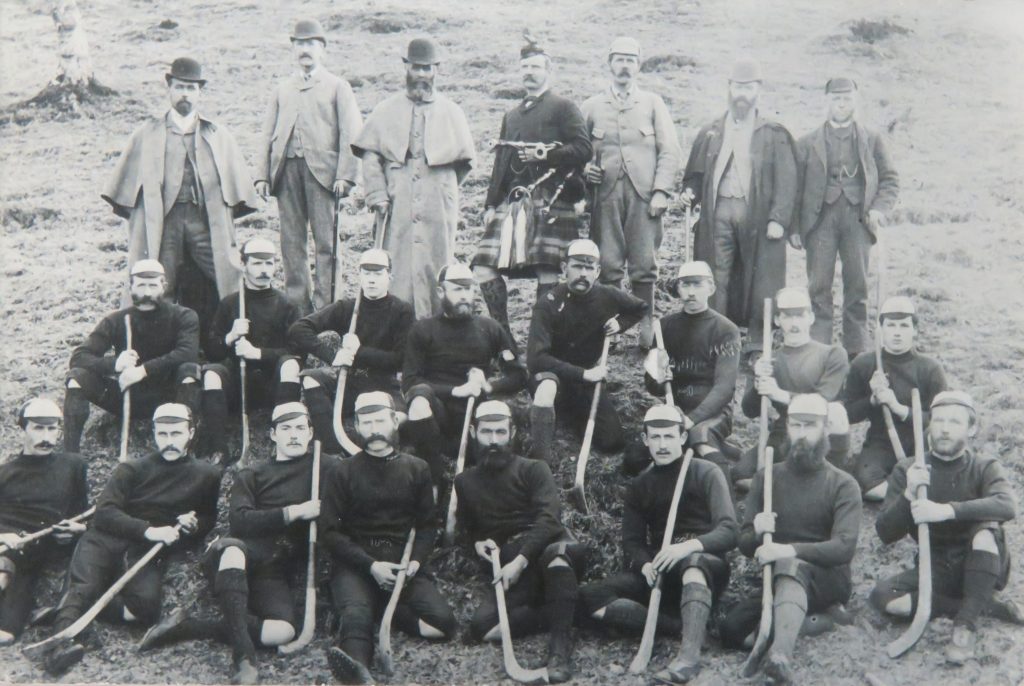 Insh shinty team, 1892. They played Kingussie at the Dell of Killiehuntly

The history of shinty has been written about extensively, with a number of books and articles covering the sport, in addition to the histories of individual shinty clubs. We hold a number of these books and articles in the library at the Highland Folk Museum (available to view by appointment). Some useful websites to find out more about the history of shinty are as follows: