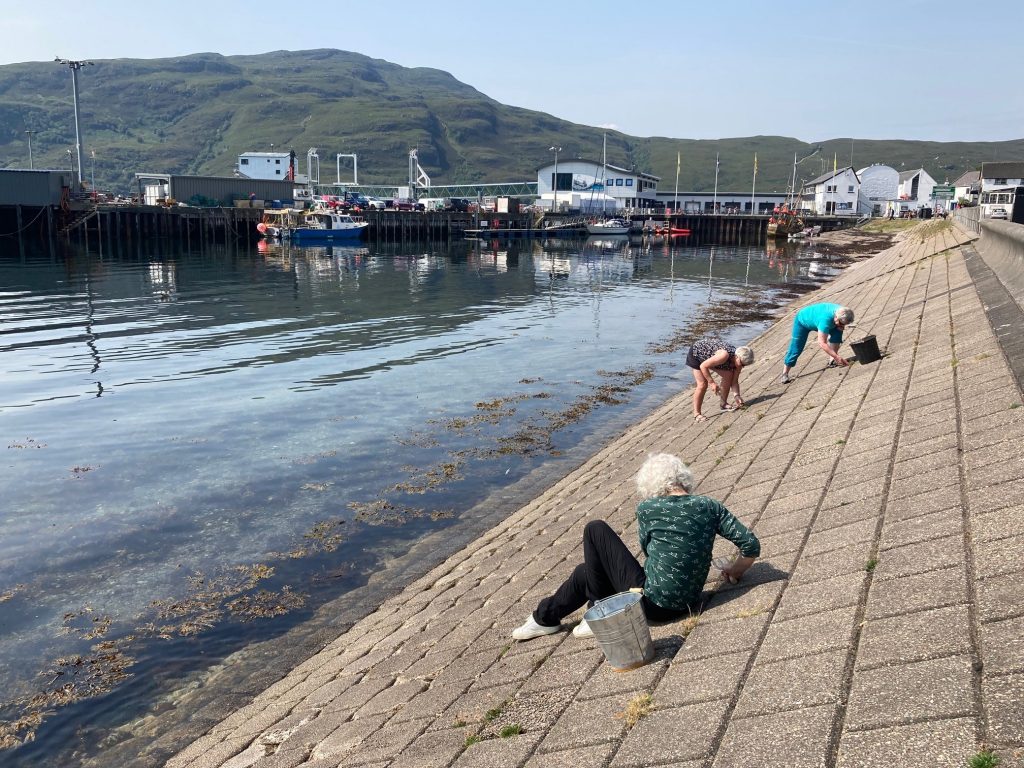 Working with local conservation volunteers, Countryside Rangers removed the plants from the shore wall to prevent the loss of thrift, or sea pink, from this part of the Ullapool village. It comes amid plans to widen Shore Street and create a new sea wall, promenade, and pontoons.

HLH Ranger for Wester Ross Jenny Grant said: “There are a lot of sea pinks along the sea wall and I know how fond loca 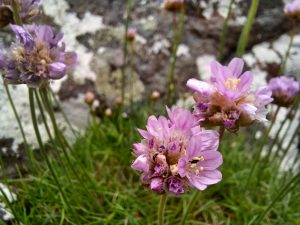 l people and pollinators are of this hardy and beautiful plant. I got in touch with the Ullapool Harbour Trust, and they were incredibly positive about the idea and offered their support. Once the works are complete, we will work together again to replant plants and seeds – my personal aim is to have more sea pinks there than we did before.

“Volunteers and I took out hundreds of them that had past flowering. I have planted some of these out in Ullapool and more are in a holding place for when the development works are complete. I’m also collecting seed from the plants. Hopefully, one of these actions works and we will have sea pinks along Shore Street again one day.

Kevin Peach, Ullapool Harbourmaster said: “We were absolutely delighted when Jenny approached us about the sea pinks on the harbour wall. The proposed works are vital for public safety and improved sea wall infrastructure reasons, and we are really pleased that Jenny planned and organised a scheme to retain our harbour’s natural flora.”

High Life Highland Countryside Rangers will be throwing a spotlight on the importance of wildflowers in 2023 and are looking for volunteers to work with across Highland.