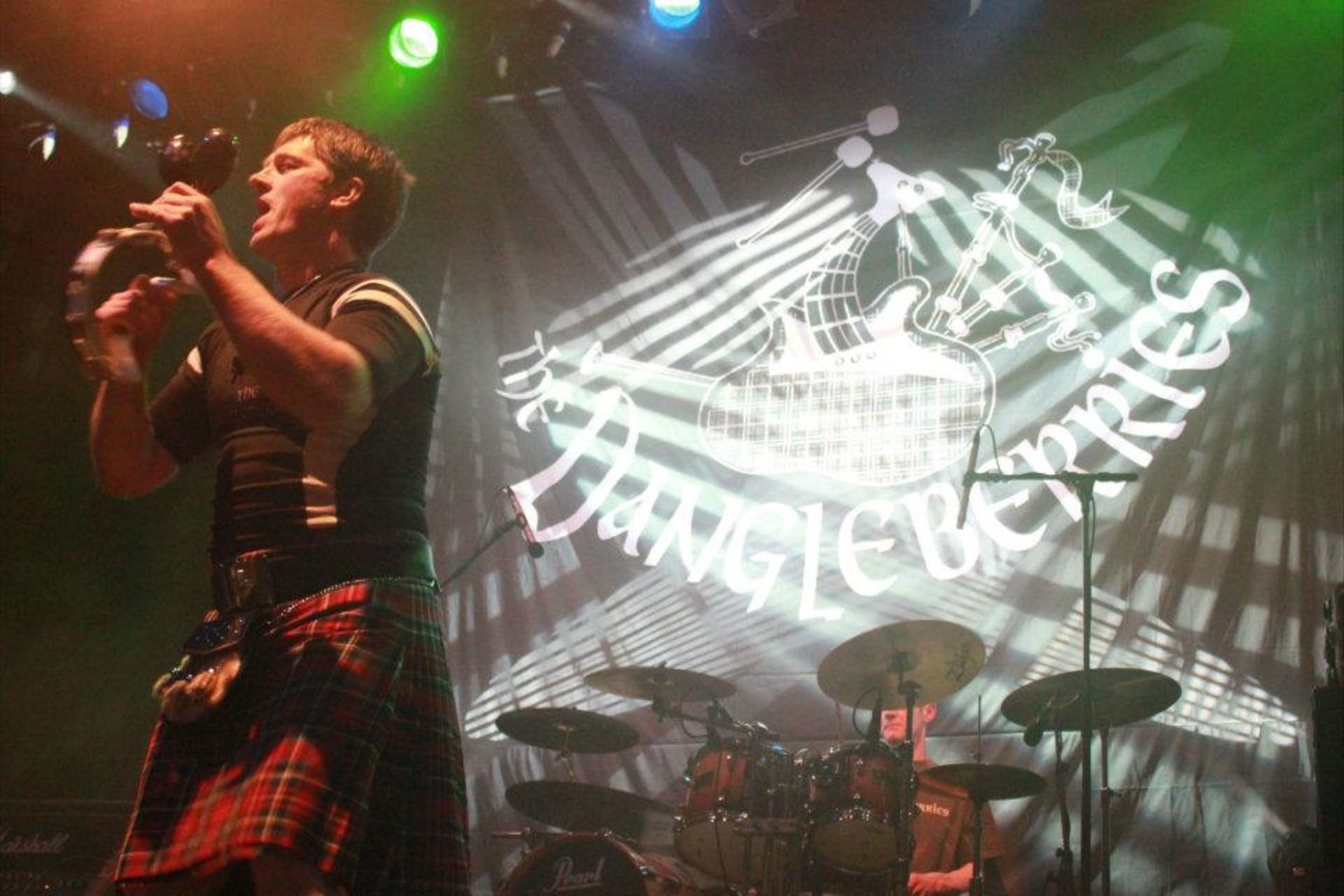 A band who adds bagpipe influences into rock music with a unique blend of vocals, drums and guitars. The Dangleberries formed in September 2001 and have gone from strength to strength, proving a huge hit with crowds at festivals such as the Wickerman, the Tartan Heart Festival and Loopallu.
“Over 18,000 music pilgrims from across the UK swarmed the Galloway hills over the weekend to take part in Scotland’s hottest festival. For many, Saturday’s performance by The Dangleberries in the Bellhaven Best Tent was one of the true highlights of the festival. The powerful mix of drum and pipes to contemporary classics had the canvas rattling”. – Dumfries and Galloway Standard.
+ Google Calendar+ iCal Export