The Fron male voice choir originate from the small village of Froncysyllte (try and say that) in beautiful North Wales.

Formed in 1947 to compete at the newly established Llangollen International Eisteddfod, to promote peace amongst nations through singing following the war, the choir have had an enviable history and gone on to become one of the most popular and successful Male voice choirs in Wales and beyond.

In 2005 they recorded the first of their Voices of the Valley series which became the fastest album ever to reach the coveted number one position in the classical charts, and went on to sell over a million copies. Further commercially successful recordings followed as the choir extended their reputation and they have currently sold over 2 million copies.

The choir returned to the competitive arena in 2014 to continue their long history of success and have since won first place at Derry, three first prizes at the Cornwall Festival and last year again won the coveted male voice choir competition at Llangollen.

Since their last Scottish tour in 2015 when the choir made so many friends here the choir have performed to sell out audiences throughout the UK and beyond, perhaps highlights being appearances in Vienna and the world famous Dom Cathedral in Salzburg.

If you were in the audience last time last you will recall the compere Dave Jones closed the event by saying “ if we come back will you come back?” Well they have kept their side of the bargain and will once again fill the Pavilion with the unmistakable sound that only a Welsh choir can deliver. 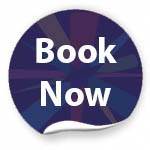