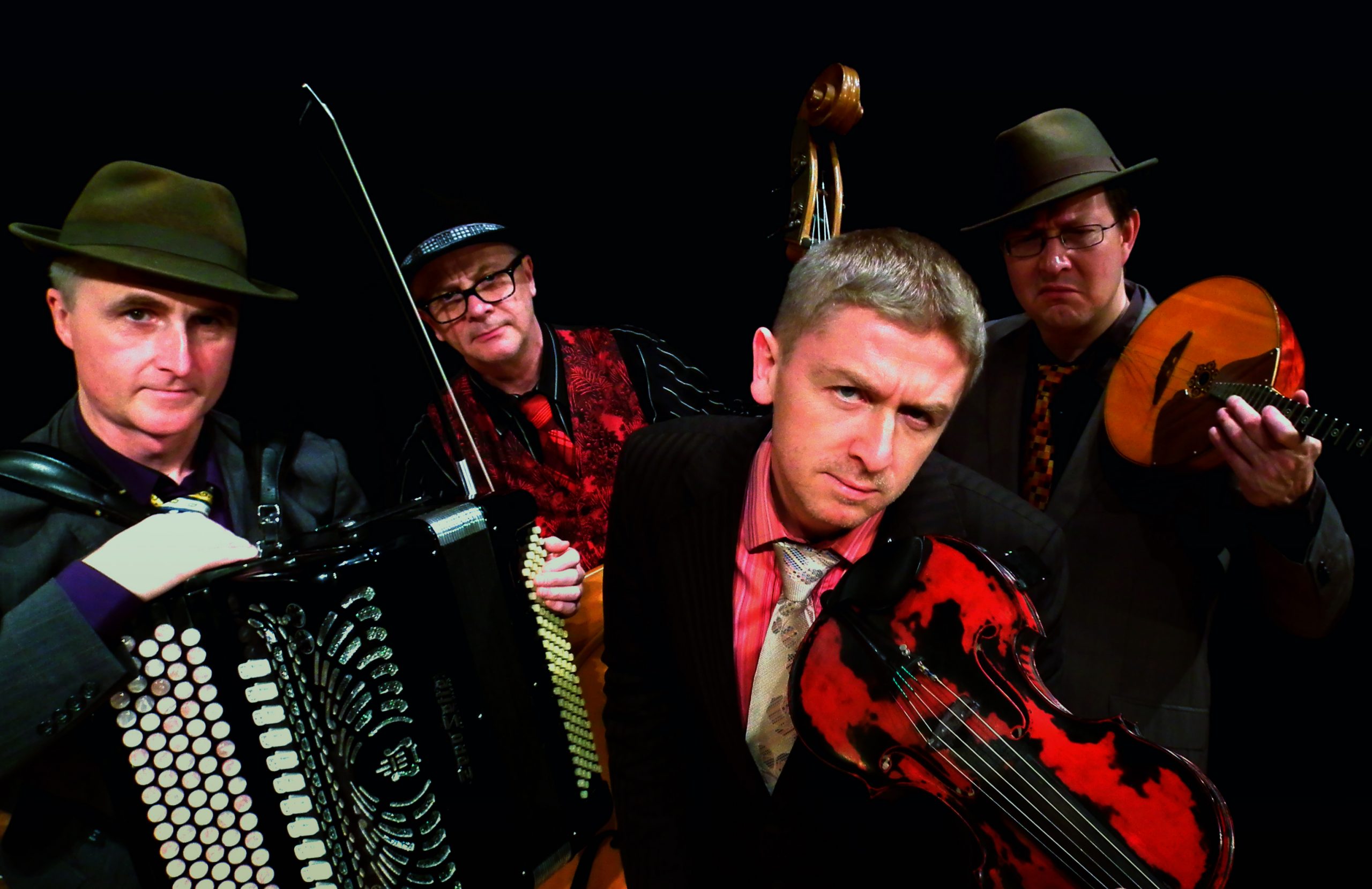 The Budapest Café Orchestra have chalked up some 130 concerts across Scotland since 2011. This year they embark on their eighth annual consecutive tour.  The BCO were established in 2009 by British composer and violinist, Christian Garrick.  2018 also sees the release of their ninth studio album: Sultan’s House Party.

The Budapest Café Orchestra play traditional folk and gypsy-flavoured music from across the world. Raucous, toe-tapping Balkan and Russian numbers are combined with jazz and swing inflections; Klezmer, Romanian Doinas and Hungarian Czardas are awarded fresh treatments before they give way to a disarmingly beautiful arsenal of ballads such as the Schindler’s List theme or Andy Statman’s bitter sweet The Flatbush Waltz.

The group recorded The Gaelic Chronicles, their 6th album, in 2014 to celebrate the particular affinity with their adopted spiritual homeland: the Scottish Highlands and Islands. The BCO tour the remotest and loveliest parts of Scotlandia annually and have collected an enviable array of old Gaelic songs in the course of these visits.  The Gaelic Chronicles is a collection of fifteen of these timeless melodies, expanded into complete instrumental and vocal arrangements by Christian Garrick, featuring Highlander Gaelic vocalist Emma Maclean.