High Life membership offers you and your family access to a range of services and benefits!

Welcome to the High Life Highland Countryside Rangers blog! Join us here for lots of info from the team about local wildlife across the Highlands. We will be sharing our knowledge with you on a variety of subjects, such as fungi, birds, mammals and insects. Each of the Rangers will also provide an insight into some of the projects they are involved in and the work they do on the ground to help protect the biodiversity of the Highlands.

For as long as I can remember I have been fascinated with the idea of miles and miles of continuous pine forest full of wolves and bears and big cats in a scenery of snow and ice and that blue freezing colour interspersed with the orange/dark green hue of the impressive Scots Pine trees and the gorgeous Birch trees cloaked in the winter plum tinges of their anticipatory winter buds.

Old ladies with scary intentions, with big pointy teeth and sweeties for all ‘good’ children…friendly beavers the other side of a wardrobe, warm and cosy in their lodge against the freezing inhospitable winter outside. The Ice Queen or White Witch and her scary sleigh hauled by astonishing white reindeer in temperatures that froze your breath.

Ma challenging a bear in ‘Little House in Big Woods’ (The precursor book to ‘Little House on the Prairie’). Pa needing a rope to mark his route as he went from barn to barn to check the livestock. Tales of snow and ice and coping.

White Fang disappearing into the snow-covered landscape. Clear skies. The Milky Way for ever and ever. Shooting stars and making a wish. Sparkling world. Bright full moon. Stories from the stars.

To put it into context I was brought up on the rather safe/tame chalk downs south of London, with absolutely no concept of ‘wilderness’ whatsoever apart from what I read in books which I read voraciously. Dominated by Ash, Hazel, Oak, Wayfaring Tree, Beech, Field Maple, and Hawthorn. Yew and Holly being the only evergreen species I recall – actually it turns out that the yew could possibly be the original Christmas Tree and the Holly continues to be associated with Christmas since ‘pagan’ times. I digress. But no pines, firs and spruces. Being brought up in the south downs with deciduous trees, wildflower meadows and fields/hedgerows in a warmer part of the UK, the idea of a frozen huge scary forest dominant in tall imposing pines fascinated me as a kid.

So: jumping forward – my partner and I visited friends who were living in Strathspey Hogmanay 1993/4 and saw these huge areas of Scots pine trees, Juniper, Birch and Aspen peeking through. Finally, an evergreen pine forest. It seemed to last forever.

We stayed at Dreggie, North of Grantown with the most stunning views over the Cairngorms showcasing the extent of the Caledonian forest in the Strath. An amazing view of forest and mountain. Then to cap it all, and all from our friends garden we saw an array of amazing wildlife – the most notable being a crested tit feeding on a tree in their garden, red squirrel on their bird feeder and a mountain hare in the open ground. Astonishing! Then to boot – at night – the sky! Owls calling – while the sky put on a show like we’d never seen before – the milky way in all her glory with shooting stars too! That’s it – decision made – we’re moving up here! 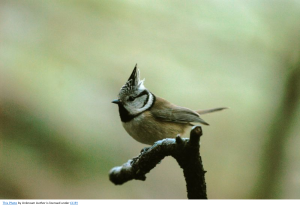 We initially moved to Torgoyle, Glenmoriston on the Skye road, full of trees especially plantations, where the ancient Caledonian forest had been underplanted with spruce. But the original ground flora remained and in particular included the most astonishing moss assemblage’s I’d ever seen: reds, greens, yellows and bright bright greeny yellow. That I soon learnt was called ‘fairy moss’ and for a very good reason! If you weren’t careful, you could very easily get very stuck – these floating bog pools can be very very deep. I was hooked and I especially fell in love with the bog woodlands with open pools of water of various sizes and with weird specialist vegetation species such as sundew, bog rosemary, cranberry, the sphagnums! In particular I loved these floating mats of mosses and the feeling of treading two worlds. The real and solid contrasting with the seemingly fragile world of water and floating plants. Our ancestors felt the same – think on all the ‘bog people’ who have been found – particularly in Ireland.

From there we explored such amazing forests such as Glen Affric. Still a favourite of mine, especially in a canoe. Miles and miles of unending forest interspersed with lochs, lochans, bogs and open areas with rocks covered in lichens and mosses and ferns and other wonderful, amazing plants. Glen Affric – OMG but it felt primeval. 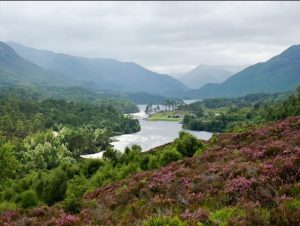 Fast forward a decade or so and I’m offered the most wonderful opportunity to take part in a week’s study tour all expenses paid and arrangements made for you, including flights, by the European Erasmus+ Archnetwork project with funding from the European Commission.

In Latvia. With a group of my peers in conservation also from Scotland. We were hosted by the Latvian State Forest Service, so had very knowledgeable guides with employment in ecology, forestry, and conservation. A fabulous opportunity to examine how our European continental cousins in Latvia approach conservation and cope with large predators such as wolves and lynx and larger birds such as the cranes and storks.

To say this trip blew my mind is an understatement. It completely changed my mind about hunting (a close connection to wildlife is necessary to successfully hunt – today we’d call it ‘engagement’) and opened my psyche to forests with wild creatures roaming about. The same animals we’d made extinct in our own country many many centuries previously. It kinda shamed me to be honest. We think of ourselves in the UK as being somehow superior to our continental cousins – we could not be more wrong! They are so much more progressive than we can ever be. There were signs of wolves, beavers, elk. A bear was on the news as it was swimming its way to Latvia from Russia! There were wildflower meadows in-between the forests with huge numbers of cowslips and globeflowers! So many globeflowers they were in vases in our bedrooms! We had the full boreal forest experience one unforgettable evening, when immersed in the heat of the sauna or screeching at the cold of the water in the dipping pond. 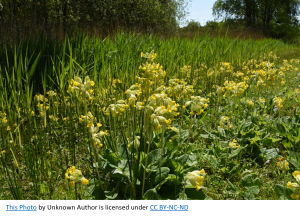 But one of the best bits for me was going up the watch tower and seeing the vastness of the boreal forest with all its sub habitats full of spruce, birch, aspen, ash, willow, mires, and bogs. It was so exciting to see such an expanse of forest in all directions as far as the eye could see. Apparently this bog system within the forest was so inaccessible particularly to tanks that it hid many folk from the Germans and the Russians during the second world war. Historically, Latvia was the hunting grounds of the Russian Czars.

More recently I was again lucky enough to secure a place on another Erasmus+ ArchNetwork trip. This time to Finland in 2018. Again, it was quite life changing.  As one of our party decried at our accommodation destination – trees and water – what more could you want?! The focus of this trip was a bit different being the very close relationship/connection between the forestry industry and the education system.  But fascinating, nevertheless. Coexistence and empathy with the natural world even though most of the population lives in an urban environment. So saying, a Finnish urban environment is quite different to our idea of one – they have trees everywhere. And most apartments have large windows that allow the outside to become the inside. There is also the infrastructure for walking, cycling, Nordic walking and cross-country skiing. So civilised.

I’m going to close this blog with the observation I had in both Latvia and Finland – they don’t have a separate word for woods – as in going to the woods – taking the dog to the woods. This is because they only have forest. Lots and lots of forest.

Finland: metsä which is the same as the word they use for forest: metsä. In Latvia: meži and mežs

Breathing in the trees at Beinn Eigh National Reserve – October 2022