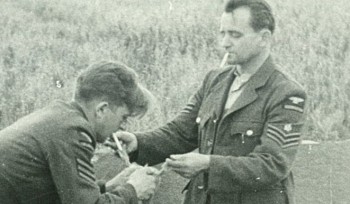 On 19 April the Warsaw Ghetto uprising began, when Jewish residents drove off 2,000 armed members of the SS who had come to empty the ghetto. On the same day partisans attacked a Belgian train convoy transporting Belgian Jews to Auschwitz, freeing 236 Jews. And in North Africa after taking a few days to regroup on 20 April the Allies launched the final battle for Tunisia all along the German and Italian lines.

In Caithness farmers were busy across the county with land work and early potato planting. The John O’Groat Journal reported that in Dunbeath, “Government tractors are busy ploughing up holdings which used to carry a pair of horses.” It also noted that, “There are prospects of crofters getting their thrashing done early next harvest, as Mr Donald Stewart, Forse, last Saturday received an up-to-date thrashing outfit, at present on view at Latheronwheel Hotel.”

The county was gearing up for “Wings for Victory” week. The Director of Education wrote on 22 April to the Head Teacher of Stroma School, “Can you make any suggestions? I suppose it is too late now for the bairns to give a little entertainment in the afternoon and the parents to come in and see it.” 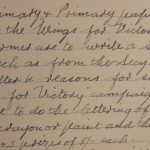 At Gillock School in Bower plans were well in train, as the School Log Book entry on 23 April attests. “Post Primary & Primary pupils to stimulate interest in the “Wings for Victory” campaign. The former are to write a short message or speech as for the [Secretary] for Air, & the latter 4 reasons for supporting the “Wings for Victory” campaign. [Infants] are to do the lettering of the slogan in ink, crayon or paint, and the prizes are 15s., 10s., & 3 prizes of 5s. each.”

Finally this week, the John O’Groat Journal reported Wick’s spring holiday last week, noting that “Restricted transport prevents people from travelling these days”. The war had imposed other restrictions, however: “For the first time probably since its inception, Wick playing fields were not open for the spring holiday, a later opening date having been arranged this year owing to the shortage of tennis balls. In past years tennis players used to start the season on this annual holiday.” 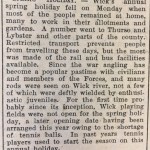