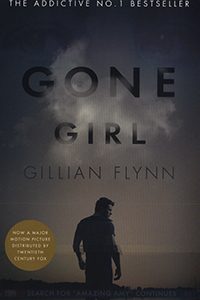 Part of the problem with Gone Girl was that it was so hyped up as a shocking thriller crammed with twists, that the only shocking thing about it was that the twists were easily guessed virtually from page one. Another thing that played against it was that not one of the characters were likeable, and the two main characters – Nick and Amy – were positively vile. Moreover, the premise of the book was ludicrous (Amy spends about a year getting everything ready to pretend her murder and pin it on her husband, down to details like putting his fingerprints on CDs and credit card bills when he was asleep) so that in the second half of the book we can learn how clever she has been, how the Anniversary Treasure Hunt clues can be interpreted in more than one way, and yet although the police learn all this at the end, it appears they’re not going to bother to arrest her and so, having impregnated herself with Nick’s frozen sperm (that she’s kept in the freezer) they decide to stay together to raise the child in what has to be the most dysfunctional household in the world. Aaaggh!

On the other hand, it was clever, and there were parts like the Amazing Amy and stalker sections that were really quite good. The most captivating part by far was Nick’s family dynamic – I could quite happily have scrapped the rest of the book and just concentrated on that.

That it was written as a film script was palpable, right down to the TV Interview Programmes, and actually, as a film I suspect it works very well; my biggest problem is that I don’t think it worked well as a book, and the ending was jaw-droppingly bad.