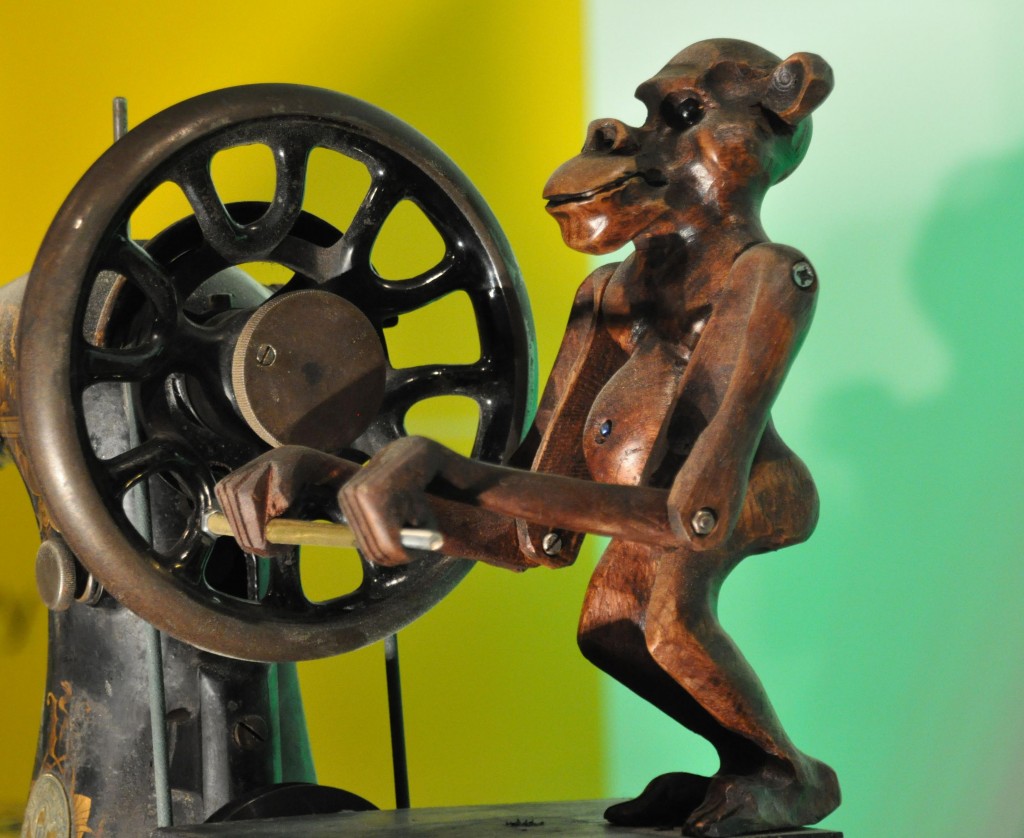 Merry-Go-World includes 10 new kinetic sculptures made of the remnants of domestic machinery and populated by menagerie of hand-carved animal-like-humans and human-like-animals. It is reflecting on the modern world where the different countries and cultures are involved in perpetual movement – amusing, funny, scary and faster then ever.

Celebrating their 20th Anniversary in Scotland, Sharmanka (Russian for Barrel-Organ) was founded by sculptor-mechanic Eduard Bersudsky and theatre director Tatyana Jakovskaya in St.Petersburg (Russia) in 1989. Based in Glasgow since 1996 it has gained a reputation as one of the city’s hidden treasures.