A new online exhibition from High Life Highland explores the impact that one man – John Macpherson – had on shinty in the early 20th century. 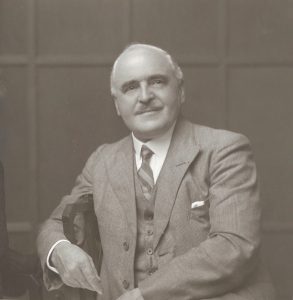 John Macpherson and Sons Sporting Stores on Inglis Street, Inverness, was a staple of the high street until it closed its doors in 1976.

The business was vital to the early development of shinty – John was the first commercial manufacturer of shinty sticks (camans) and balls, and made a name for himself in producing light, well-constructed hickory camans.

The Highland Folk Museum holds an unparalleled collection of shinty material, which includes some important early Macpherson camans and ball making equipment.  The online exhibition, hosted on the Am Baile website, is illustrated with images of the collection which tell the story of the development of the shinty equipment.

Additional photographs have been contributed by John Macpherson’s granddaughter, Shelagh Macpherson Noble. “It is admirable that 120 years after he left Newtonmore, the name of John Macpherson is still respected by, and associated with, the shinty community.”

The exhibition is now live on Am Baile https://www.ambaile.org.uk/groupitem/415/