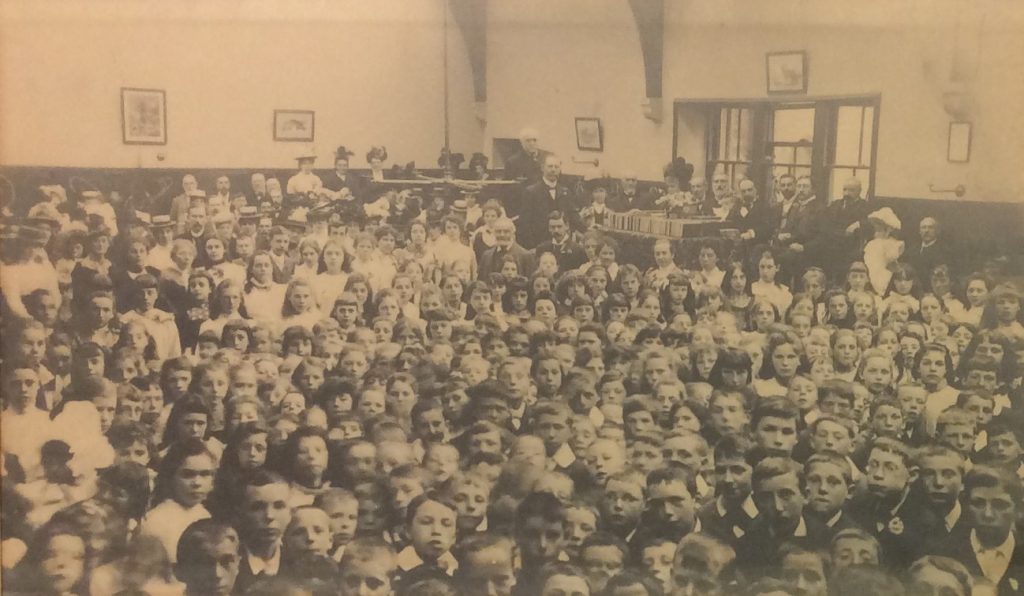 Over the past year the Highland Council, the Highland Archive Service and Eden Court’s Engagement Team have been working together to mark the 200th anniversary of Central School.

The school was run by the Society for Educating the Poor of the Highlands with the aim of “instructing the poor of the town and training teachers, in the most approved system, for the charge of their schools in the country”.

In the 1870s the school moved to its present site on Kenneth Street – home for the year’s commemorative events.

Throughout the Central Two Centuries year-long celebration, pupils and staff have worked with the Highland Archive Service to learn about the local and national events their school has witnessed.

They have recreated events and activities from the school’s history, from fundraising to book drives, have met and interviewed ex-pupils and staff, have held themed days, and have worked with Eden Court to create music, photographs and film inspired by the school’s past, present and future.

Highland Archive Service Community Engagement Officer Lorna Steele-McGinn said: “This has been a joyous and worthwhile project to be part of. Pupils have absorbed a huge amount of knowledge over the last year and have astonished me with their fun, empathy and passion for their school and its history and community.”

The whole school recently visited Eden Court Theatre where pupils did a drumming display on the lawn before performing a specially written play about the project with interspersed film footage and photographs created over the past 12 months.

This was followed by a display of the ‘living archive’ created by pupils to be housed in the school.

At the school’s end of term prize-giving, pupils recreated a photograph taken at the school in June 1901.

Central headteacher Ailsa Fraser said: “As we have come to the end of this year’s partnership, I wish to say a huge and sincere thank you for the incredible breadth and depth the Highland Archive Service has brought to our project and to our learning as a school community.

“On behalf of the school community I would wish it to be noted that we are very grateful for your knowledge, expertise and friendship as we have explored the last two hundred years together.”

“It has been great fun where our history has been unpeeled, examined, questioned and our core values as a community continuously affirmed.

In the next few months, the recordings, photographs and material created for this project will be transferred to the Highland Archive Centre where they will join other documents which tell Central’s story.

“We’ve learnt as much as the pupils along the way and we know our own local history a little bit better as a result.

“My personal highlight was that pupils from Central were amongst the first visitors we had at the building after our period of closure in 2020.”