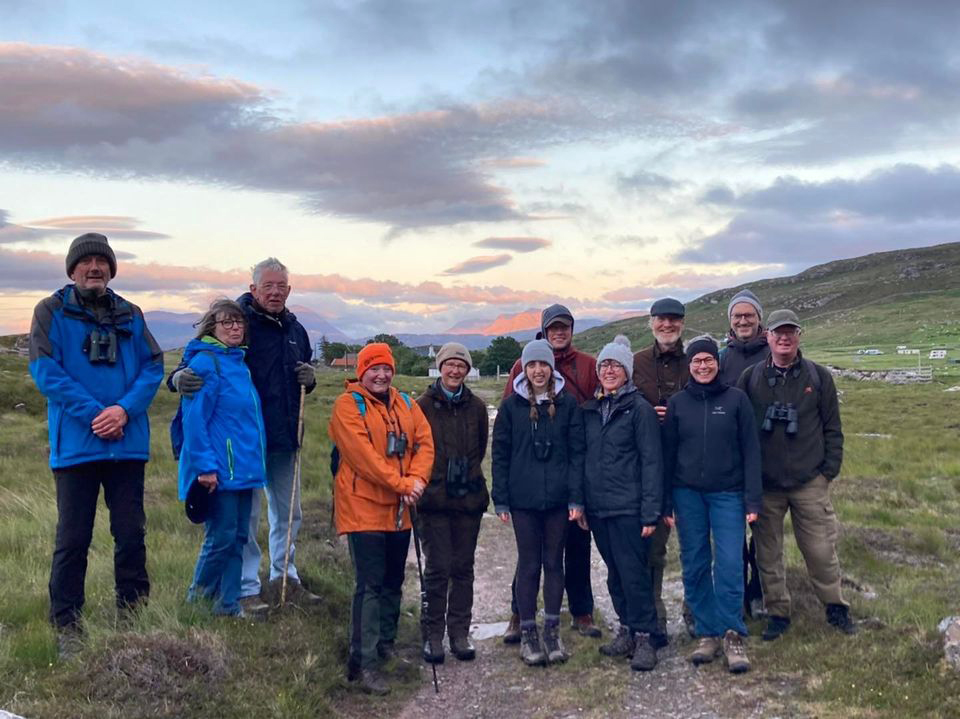 Wide open skies, drifting clouds and tiny flowers were the stars of a late evening walk in Wester Ross. 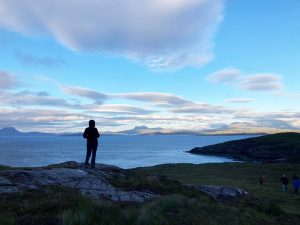 High Life Highland’s Countryside Rangers are running walks and events throughout the summer offering everyone the opportunity to get out into nature.

Countryside Ranger for Wester Ross Jenny Grant said: “Often my guided walks are during the day but when we live this far north and have such fantastic wildlife, sometimes it is good to take advantage of the long hours of daylight and celebrate it.

“After the summer solstice, or simmer dim as they call it in Shetland, I met at 8pm with a group of 12 people, a mixture of locals and tourists, at Mellon Udrigle car park for a guided coastal walk.

“We started at the beach, perhaps one of the most beautiful beaches in Wester Ross, and then made our way around the coast to Opinan where we could see vast areas of sea pinks.

“It was a windy evening which was good for the midges but not very good for sea watching. A couple of years ago I had had an early morning guided walk there and we were fortunate to see several minke whales, porpoises and the morning Stornoway Ferry passing through the Summer Isles.

“We did see lots of flowering plants and fantastic cloud formations shifting quickly, including lenticularis clouds.

“The sun was beaming on the sea and towards the end of the walk Sail Mhor and An Teallach glowed pink. Gannets dived and shorebirds, skylarks, wheatears and stonechats were our soundtrack as we made our way around the peninsula and back to the beach car park just after 10pm.”

You can join Jenny for her upcoming walks up Sgùrr an Fhìdhleir, Coigach, sea spotting at Rubha Reidh, Melvaig near Gairloch, bat watching in Ullapool, and for youngsters, wiggly wriggly worms and other minibeasts in Ullapool.

As with all High Life Highland Ranger guided walks, they encourage slow tourism and cover history, geology and wildlife.