On 4th August 1914 the British Prime Minister declared war on Germany. At that time Britain did not have a large army so a big recruitment drive was launched. Thousands of young Scots volunteered to fight. It was common for people from the same area to join the same regiment. By the end of 1915, 2.5 million men in Britain had enlisted, 320,589 were Scottish. The Regiments which recruited in the Highlands were for the most part the Cameron Highlanders, the Seaforth Highlanders and the Lovat Scouts.

The official number of Scots killed in World War One is 75,000 but some people claim that a more accurate figure may be closer to 150,000. Almost every community in Scotland suffered huge losses and a whole generation of men was lost. 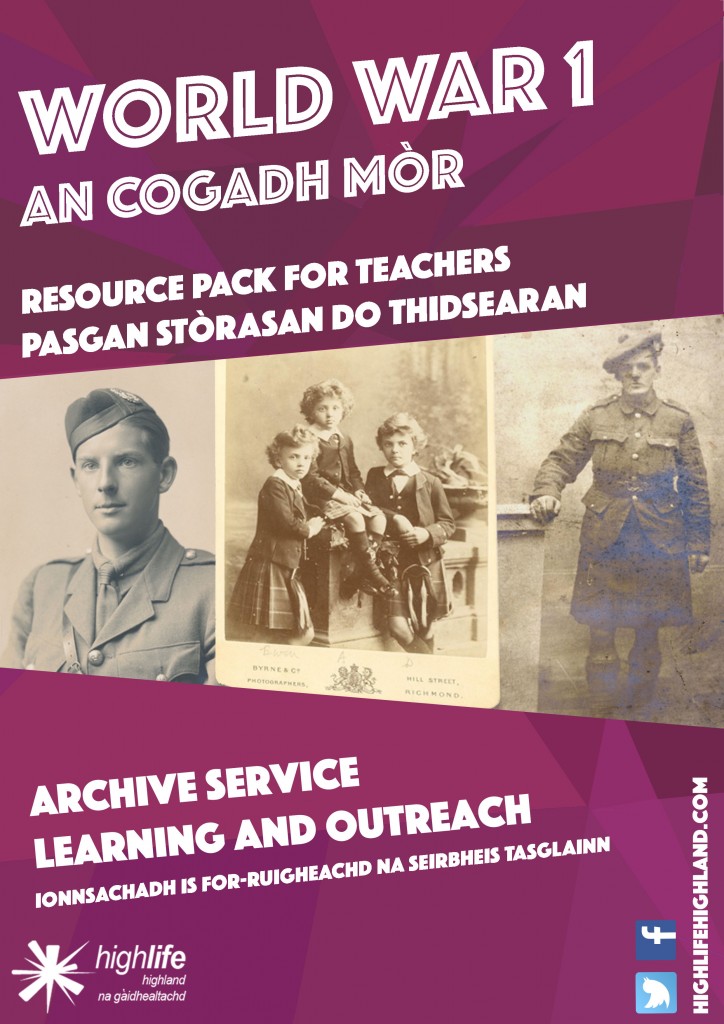 The stories of the men who fell in battle can be reconstructed from records surviving today,one hundred years later. This resource pack contains a selection of some of the correspondence written during the war by Highlanders on active service or about Highlanders who fell in the war.

The learning resource provides an introduction to a topic of worldwide significance which had a profound impact on local communities throughout the Highlands. Through studying original archive material, teachers can engage young people’s interest by introducing them to the raw material of history and can show them how to begin investigating this part of their history and the impact it had on communities throughout the Highlands.

Outcomes of the learning resource:

This learning resource aims to :-
• inspire and encourage teachers to introduce the topic into the classroom.
• bring the experience of Highlanders in WW1 alive through classroom activities.
• encourage teachers and pupils to explore their local archive collections.
• promote the active engagement of schools with the learning resources available both online and in print.

Inverness Museum & Art Gallery has a WW1 Loans Box designed to be used by both schools and community groups containing both replica and real objects, archive material, books and activities to enable learning and engagement with themes inspired by the Great War and the experiences of people from the Highlands at that time. To find out more contact Inverness Museum & Art Gallery [email protected] 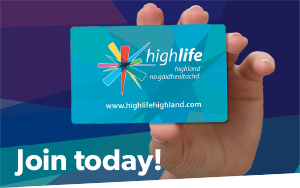