Here are examples of documents about local areas from all across the Highlands. Clicking on the images will allow you to see them in more detail. The images supplied are for educational purposes so please don’t use them for other reasons or share them online – thank you!

We can learn lots about our local areas from different kinds of maps. We have some examples here from our collections all over the Highlands. You can see that they all show different levels of detail, some show big areas and landscapes while others show streets and buildings. The maps were also created by different sources, one even includes a list of families that lived in Fort William! 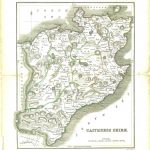 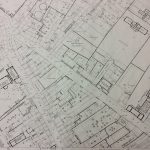 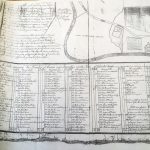 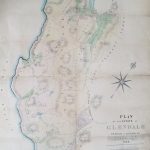 It’s not just maps that can tell us how our local area has changed. Some areas once had booming industries that have now almost disappeared. This picture of Lybster Harbour in 1903 shows how busy this little harbour once was. In the 1830s Lybster was home to the third largest fishing station in Scotland, and in the 1840s there were 263 boats fishing from the harbour! Nearly 200 years later, the harbour still exists but is much quieter than it once was, although the stone pier and jetty you can see there today were built in 1830s – history still exists all around you! The next picture is of the harbour in 1993. 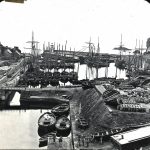 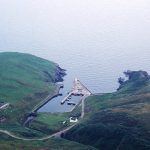 We have more examples of local industries in our collections, you can read storyboards about some of them. Coal was mined at the Brora Colliery for hundreds of years and had a big local impact. Similarly, the AI Welders business in Inverness began as an iron foundry in the 1870s, but grew through the years to be both locally and nationally important. The War of Orange in Wick also shows the impact of large industries can have on smaller communities.

Local landmarks often have lots of history and stories attached to them. Ben Nevis is a very famous landmark near Fort William – the tallest mountain in the UK! But from 1883 to 1904 it also had an observatory on the summit, which in 1894 had a small hotel attached to it. The first document below is a visitors book from the observatory which shows you the names of some of the people who climbed Ben Nevis and visited it. You can see people came from all over the UK to climb the mountain, someone even came from Buenos Aires!

You can also see a picture of the old Inverness road bridge and Castle from the Highland Libraries Collection on Am Baile. 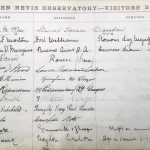 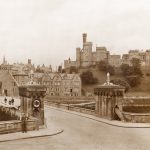 We have more examples of landmarks in our collections. You can read a storyboard about the Kildonan Goldrush of 1869, when people visited Sutherland in search of gold. You can also read about the Castles of Skye and Lochalsh.

The history of buildings can tell you lots of interesting and little-known things about an area. For example, the buildings pictured below are of Tain Academy and Inverness Royal Academy (the first Inverness Royal Academy was built on Academy Street in the 1790s!). If you look at the early records of these Academies, you can see lots of the funding for building them came from wealthy Highlanders living in the West Indies. Many of these Highlanders made their money from plantations and kept people as slaves in places like Jamaica, Grenada and St. Kitts. Also pictured here is a list of those kept as slaves, showing their name, age, occupation and value. 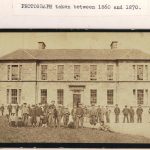 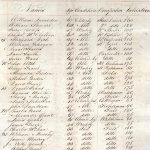 The photograph of Inverness Royal Academy is from our friends at Inverness Museum and Art Gallery’s Highland Photographic Archive.

We have more examples of building histories in our collections. Duncan Macpherson was the chemist in Kyle of Lochalsh in the early 20th Century. His collection includes business records as well as lots of local photographs.